1. What is the meaning behind RePL?

2. What is the meaning behind ReOC?

The Civil Aviation Safety Authority (CASA) is responsible for the regulation of aviation safety in Australia. Whether you are a commercial drone pilot, an amateur/hobbyist drone pilot or a commercial airline pilot – these guys are the governing regulatory body for all AUS airspace requirements.

4. Do you have Public Liability Insurance?

We are strong advocates for public safety, and it is important that we carry public liability insurance of $20 million for an occurrence in connection with our business activities.

5. What do you use your drones for?

We specialise in asset integrity inspection and survey which is where our background lies within industry. The UAV lends itself particularly well to this in an industry that concentrates much of its time on safety improvements whilst trying new techniques to remain cost-effective.

We utilise thermal imaging sensors alongside standard RGB sensors which can be used to inspect for energy loss across a wide range of assets. They can be used to check for leakage across pipework, heat build-up in rotating equipment which might indicate failing components, building envelope inspections to check for permeation of insulation, excessive heat build-up in electrical components which could indicate premature failure.

Drones are fast becoming the go-to choice for any land survey work obviously the immediate benefit being their ability to cover ground a great deal faster than traditional methods using a total station or theodolite. The end result can also be tied into pre-positioned ground control points giving an accurate reference when designing and constructing any new development.

As with the above drones are fast becoming the go-to choice for point cloud and 3d image development due to the speed and lack of limitations that are evident and the final product is usually better than the alternative. 3D modelling is a fantastic way to monitor maintenance routines on the likes of heritage sites or construction maintenance and can be used as a reference towards new construction developments. Point clouds are made up of a series of data points captured using overlapping images and referenced with the XYZ coordinates. They can be used to depict relative measurements or elevations and deviations and are a fantastic tool for surveyors.

This speaks for itself in terms of functionality we are often asked to produce aerial video and or photography for companies that would like to promote their business or an upcoming event. We have the experience behind a camera and the equipment to create bespoke aerial footage for your promotional needs.

Another recently popular task is to provide monthly footage or imagery or new build construction developments that can be assigned to a progression report and handed over to relevant shareholders, providing them with the required evidence that their investment is “developing” over time.

6. I’m a beginner, where do I find out about the rules?

The Civil Aviation Safety Authority (CASA) is responsible for the regulation of aviation safety in Australia. Whether you are a commercial drone pilot, an amateur/hobbyist drone pilot or a commercial airline pilot – these guys are the governing regulatory body for all AUS airspace requirements.

In Australia, you do not need a permit to fly a drone for recreational purposes. The general rules for flying a drone:

If you intend to fly your drone for or at work, commercial purposes, there are extra rules you must follow. You will also need to register your drone and get your Remote Pilot Licence (RePL).

If you fly a drone, or remotely piloted aircraft (RPA), for business or use one as part of your job, you must register it by 28 January 2021.

This applies to all drones that you fly to provide any type of service – no matter how much it weighs. This may include activities such as:

You must be 16 or older to register a drone.

9. Can drones operate in the rain?

Drones are generally not weatherproof however manufacturers design drones with conditions they can be operated in and have ratings to determine conditions in which they cannot be operated. Understanding the drones’ Ingress Protection marker (IP) will reduce drone failure.  An IP rating is a typically two-digit grading system that classifies the degree of protection provided against various types of unwanted intrusion, with the section digit representing the moisture. 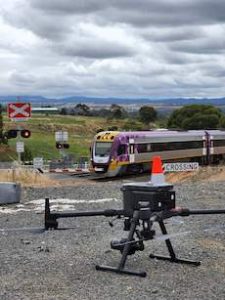 Rail: Sustainable Transport Infrastructure That Will Last a Lifetime

According to the Australian Bureau of Statistic, Australia’s population grew by 0.2 per cent, stating the impact of international border closures due to COVID-19 … Continue reading → 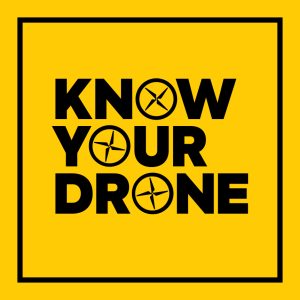 The Use of Drones

What is the next generation of building inspection services?

In March, Jim’s Building Inspection announced its launch of new exciting capabilities and its extensions to the building inspection industry – an end-to-end process … Continue reading →