How drones can be used in Aviation 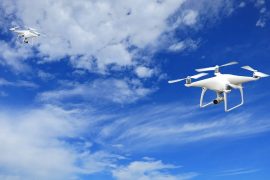 “Unmanned aerial vehicles were used during World War II as targets for fighters and antiaircraft guns, which had to have something to practice with. … The word “drone” was first used of an unmanned aerial vehicle in 1946, but advances in drone technology in the past few years have made the term much more common.” Merriam-Webster

How things have changed

And to quote Proponent: “Ten years ago, the term “drone” conjured images of highly specialized military aircraft flying covert missions. Five years ago, drone had shifted to mean that annoying little toy being flown by a hobbyist and disturbing your picnic in the park. In 2018, drone could very well mean the future of the aviation industry.”

A traditional inspection of commercial aircraft takes up to six hours. Drones can reduce that time, increase accuracy and expedite paperwork by combining algorithms and automatically sending service work orders direct to the maintenance team when a fault is diagnosed.

Parallel ideas and developments in England and France

In 2015 EasyJet and unmanned-aircraft developer Blue Bear Systems Research demonstrated inspecting an Airbus A320 in a hangar in Luton with a drone designed to operate in confined spaces. At about the same time Donecle, working with with Air France Industries–KLM Engineering & Maintenance in Toulouse, started to use their own system for general visual inspections to check markings and paint quality.

All aircraft must be checked for lightning damage twice a year

The drone flies an accurately, charted course around an aircraft to avoid collision. It’s all about high-definition imaging and integrating 3D scanning to automatically locate damage from hail, lightning strikes, etc. Every regulatory marking must be checked and any rivet rash or other paint damage detected and reported. Analyzing dents is more difficult and requires 3D scanning. Although this cannot yet be done on one battery, a drone should reduce both errors and the inspection time from six to two hours.